Posted on September 23, 2019 by kingstonshakespeareseminar

To mark the fiftieth anniversary of Peter Brook’s seminal A Midsummer Night’s Dream, and the founding of his International Centre for Theatre Research, the Institut Français and Kingston Shakespeare Seminar are honoured to co-host a conference on the director’s productions of Shakespeare. This event will celebrate one of the greatest Anglo-French cultural projects of our time, and reflect on the original impact and lasting influence of Brook’s Shakespeare, with contributions by distinguished actors, critics, directors and scholars from both sides of the Channel. 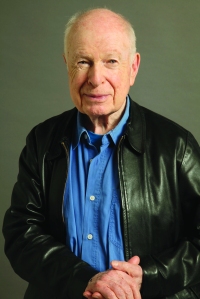 Peter Brook will himself discuss his interpretation and staging with Sir Trevor Nunn, and Frances de la Tour, Sara Kestelman, Sir Ben Kingsley and Adrian Lester will look back on their experience of working with him on the plays, in a session chaired by Dame Janet Suzman. A panel from Paris will include François Marthouret and William Nadylam: Timon and Hamlet in Brook’s productions at the Bouffes du Nord; and Stephen Unwin will lead a discussion by directors Robert Icke, David Thacker and Deborah Warner. Other panels will consider critical responses to Brook’s Shakespeare, and its enduring worldwide significance.

During the conference Peter Brook will be signing latest book: Playing By Ear: Reflections on Music and Sound published by Nick Hern Books.

The conference will run from 10am to 6pm.
Tickets are £25 (£12 with concessions).
Book them at the Institut Français website.

Posted on August 30, 2019 by kingstonshakespeareseminar

Avraham Oz (University of Haifa):
‘Arendt, Shakespeare and the Banality of Nationhood’

Tickets are £20 (includes tea, coffee and sandwich lunch at the Bell Inn).

To register for this event go to:

Once I had read an entire play, I stood there like a blind man given the gift of
sight by some miraculous healing touch
––Goethe

Edward Pechter’s 2011 monograph Shakespeare Studies Today bore the subtitle Romanticism Lost. But is Romanticism (still) “lost” for today’s Shakespeare studies? And, conversely, can Shakespeare in any sense be “lost” for Romantic studies? Shakespeare scholars are certainly showing a revived interest in Romantic concepts and phenomena, while a range of important studies have examined Shakespeare’s remarkable influence in Britain and Europe from the late 18th to the early 19th centuries (Bate 1986, 1989; Delabastita and D’hulst 1993; Dávidházi 1998; Han 2001; Ortiz 2013; O’Neill 2013; Ryan 2015, 2019). This workshop is organised with the aim of finding out what Shakespeare and the European Romantics have to say to each other in the critical context of Europe today.

Romantic interpretations of Shakespeare range from Herder’s historicised playwright to
Blake’s visionary, and seem to offer writers and readers of the period not simply entertainment or insight into their own circumstances and societies, but a way of understanding the world. The playwright’s ghostly presence is equally apparent in the works of contemporaneous philosophers, especially those influenced by German Idealism, while his role in the nascent nationalisms of the period testifies to the peculiar power of his fiction to shape social and political realities.

This workshop hopes to forge new ground in this field by bringing together literary scholars, philosophers, theologians, art historians, and historians to better understand how and why such diverse thinkers and artists thought through Shakespeare. We invite contributions of 20- minute presentations (followed by a 5-minute response and 10 minutes of questions) from Romanticists working on Shakespeare and Shakespeareans working on Romantic poets, novelists, painters, composers and/or Idealist philosophy. Because of the workshop format, we can accept only a handful of proposals, but scholars are also welcome to attend as participants and contribute to the discussion. Confirmed speakers include Kiernan Ryan (Royal Holloway, London), Ágnes Péter (ELTE, Budapest), and David Jasper (University of Glasgow).

Please send an abstract of 300 words and a brief biography to ruttkay.veronika@kre.hu by 22 August 2019.

Posted on July 23, 2019 by kingstonshakespeareseminar

David Garrick built his Shakespeare Temple beside the Thames at Hampton in 1755, as a place where ‘the thinkers of the world’ would meet to reflect on the plays. He hoped Voltaire would come. Now the Kingston Shakespeare Seminar is realising the great actor’s vision, with a series of symposia on

Each of these Saturday events features talks by leading philosophers and Shakespeare scholars, coffee and tea in the riverside garden designed by Capability Brown, and lunch at the historic Bell Inn.

On Saturday September 7 2019 the Temple symposium will be on

To register for the event go to

Posted on May 14, 2019 by kingstonshakespeareseminar

The Hollow Crown: Shakespeare and Political Theology event consists of two related events, both of which highlight current thought on political theology in Shakespeare.

The second day at Garrick’s Temple (a short walk from Hampton Court and Hampton Station) continues the symposia on Shakespeare in philosophy with a day on the seminal political theologian Ernst Kantorowicz (1895-1963). Speakers include Jennifer Rust, Lynsey McCulloch, Guillaume Foulquié, Adam Sitze, Stuart Elden, António Bento and Rachel Eisendrath. Tea, coffee and lunch are included in the ticket price.

Ticket prices are £20 for one day or £30 for both days.This event is organised by Kingston Shakespeare together with Historic Royal Palaces, Garrick’s Temple to Shakespeare, the Shakespeare and Philosophy project.

Here is the provisional programme:

10.00: Charles Farris (Historic Royal Palaces):
‘“Well worth the seeing’: The Ritual and Material Culture
of Medieval and Tudor Coronations’

14.30: Adam Sitze (Amherst College):
‘Conscience is the Essence of the Scholar’s “Office”’

16.30: António Bento (University of Beira Interior):
‘From the Late Medieval Church as a Mystical Body to
the Early Modern State as a Mystical Person: Ernst Kantorowicz and Carl Schmitt’

Posted on April 29, 2019 by kingstonshakespeareseminar

We are deeply saddened to announce that Professor Roy Eriksen died last Monday, April 22. He had been a powerful supporter and a loyal contributor to the Kingston Shakespeare Seminar from its beginning, and the masterly lecture he gave in 2017 – on Marlowe’s Ovid – is remembered as one of the high points of the entire series. His presentation at our ‘Marlowe and Shakespeare’ conference was the definitive statement of a lifetime’s work on the authorship question, and the enthusiasm with which this was now received was a striking vindication of his pioneering research. Roy’s gift for conciliation was also in demand when he serenely chaired one of the most contentious debates of this conference, and it made him an ideal ambassador, as its international secretary, of the UK Marlowe Society.

Roy’s border-defying role was to be a courier, for a generation of scholars, between Britain and Norway, architecture and literature, the verbal and the visual, and ‘early modern’ and ‘Renaissance’ concepts of the Shakespearean world. This made him a true godfather to the Nordic Shakespeare Society, NORSS, which was launched in 2015 at the ‘Shakespeare and Scandinavia’ conference we hosted under his benign guidance and inspiration. Both the event and the new association grew out of the decade of peerless conferences he organised himself at Kristiansand, on ‘Toleration and the City’: another instance of how far his light shone into the future.

Late last autumn Roy Eriksen hosted one farewell symposium in Rome on crossing generic borders, where the wine flowed as generously as the conversation, and it is as a messenger bearing gifts from a better and brighter world that KiSS will celebrate and remember him.

Posted on April 4, 2019 by kingstonshakespeareseminar

Jessica Chiba (Royal Holloway, University of London):
‘“From this day to the ending of the world”:
Messianic Time in Henry V’

To register for this event go to:

Posted on March 15, 2019 by kingstonshakespeareseminar

David Garrick built his Shakespeare Temple beside the Thames at Hampton in 1755 as a place where ‘the thinkers of the world’ would meet to reflect on the plays. He hoped Voltaire would come. Now the Kingston Shakespeare Seminar is realising the great actor’s vision, with a series of symposia on Shakespeare in Philosophy.

The first of the 2019 symposia focuses on the German philosopher and cultural critic Walter Benjamin (1892-1940). Speakers are:

This event, open to all, will include talks by leading philosophers and Shakespeare scholars, coffee and tea in the riverside garden designed by Capability Brown, and lunch at the historic Bell Inn. Tickets are £20, all profits go to supporting the Temple.

Book your tickets at: benjaminandshakespeare.eventbrite.co.uk

How to get to Garrick’s Temple.

Shakespeare in Philosophy symposia at the Temple 2019

Posted on March 12, 2019 by kingstonshakespeareseminar 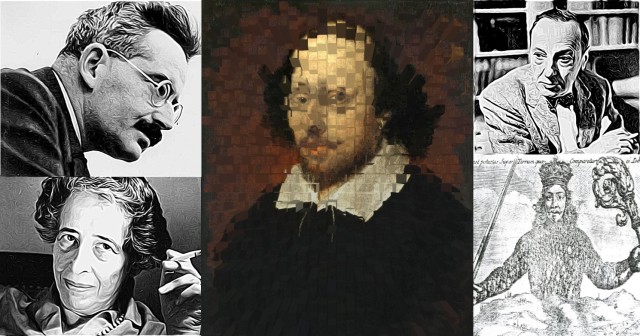 After last’s summer’s series of days on French theorists, we turn this year to twentieth-century political theology, and to three thinkers whose work has powerfully shaped recent interpretations of Shakespearean theatre. This is our programme:

On Friday June 21 we are also co-hosting with Historic Royal Palaces what we hope will be the first of an annual series of midsummer conferences at Hampton Court Palace: ‘The Hollow Crown: Shakespeare and Coronation’. With two sections, on ‘Crown’ and ‘Crowd’, this event has been planned to double with the Temple symposium on Kantorowicz the following day, to provide a focus for our discussion of current thinking about Shakespeare and Political Theology.

David Hawkes: ‘Marx and Shakespeare Today: Towards an Ethics of Representation’

Posted on November 25, 2018 by kingstonshakespeareseminar

Richard Wilson introduces the Shakespeare and Marx symposium held Garrick’s Temple to Shakespeare on June 24, 2017. He also introduces the first speaker David Hawkes (Arizona State University) who discusses usury in his talk ‘Marx and Shakespeare Today: Towards an Ethics of Representation’.

David Hawkes is Professor of English at Arizona State University. His publications span a huge variety of fields, from Milton and Shakespeare to Diego Maradona, sodomy, Darwinism, zombies, torture, Chomsky, magic, McCarthyism, Islam and Satan. The theme uniting all of his work is the impact of capital on the psyche, and especially the pernicious influence of usury. He reviews regularly for the Times Literary Supplement and his work has appeared in The Nation and In These Times as well as in academic venues like the Journal of the History of Ideas, English Literary History and Studies in English Literature.

David Hawkes is the author of Idols of the Marketplace: Idolatry and Commodity Fetishism in English Literature, 1580-1680 (Palgrave, 2001), Ideology (Routledge, 1996, 2nd ed. 2003), The Faust Myth: Religion and the Rise of Representation (Palgrave, 2007), John Milton: A Hero of Our Time (Counterpoint, 2009) and The Culture of Usury in Renaissance England (Palgrave, 2010) and he has edited Milton’s Paradise Lost and Bunyan’s The Pilgrim’s Progress. More recently, he has written Shakespeare and Economic Theory (Bloombury, 2015) and collaborated with Alan Rubin and the artist LG Williams on The Age Of The Image: LG Williams SoCal Mid-Rise Pictures 2015-16 (published in 2016). He is currently working on a book entitled The Death of the Soul. For more information, see davidhawkes.net.

These are the recordings from the Shakespeare and Marx symposium organised by Kingston Shakespeare and held at Garrick’s Temple to Shakespeare (Hampton, UK) on June 24, 2017. Recorded and edited by Anna Rajala and Timo Uotinen.

A show about philosophy that turns stories into ideas.

Centre for Early Modern and Medieval Studies at Sussex University

Rough Music for The Modern University

A Blog of the National Alliance for Public Universities

Musings of a music lover

'Green Britain’ aims to investigate the concept of Nationhood as defined by the dynamic that exists between people, place, and space during a period of burgeoning ecological consciousness.

connecting nothing with nothing

a network for scholars, students and practitioners

Words about pictures and pictures of words

Academic and Writer for Hire

Shakespeare, American Drama staged in the UK and other theatre research musings

Healthcare, humanities and almost anything in between

Made in Scotland, from data